The 2015 IHS Football TeamThe Independence High football team can add one more acclaim to an already impressive season: a national number one ranking by MaxPreps.

This story first appeared on the WCS InFocus website – CKICK HERE for the direct link. 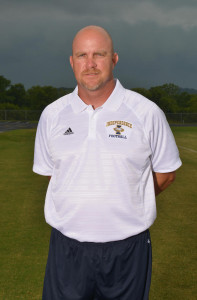 The football team was named number one in the medium schools football rankings after defeating Sevier County to win the Tennessee Class 5A State Championship on December 4. The team finished with an overall record of 15-0.

“The team had an amazing year,” said IHS head coach Scott Blade. “It is an honor to be named by MaxPreps as the number one medium sized school in the nation. With nearly 17,000 high schools in the United States playing football, this is quite a recognition for our program.”

“To be recognized as the Coach of the Year is very humbling,” said Blade. “I was very fortunate to have a great team of assistant coaches to work with. Any time an honor like this comes around, it is a direct reflection of all of the hard work my assistants and all the support staff did to make this season come together. I am very thankful for all of them.”

Additionally, IHS senior wide receiver Nate Johnson was named to the MaxPreps Medium Schools All-American second team. The team also was selected as an honoree for the 11th Annual MaxPreps Football Tour of Champions presented by the National Guard.