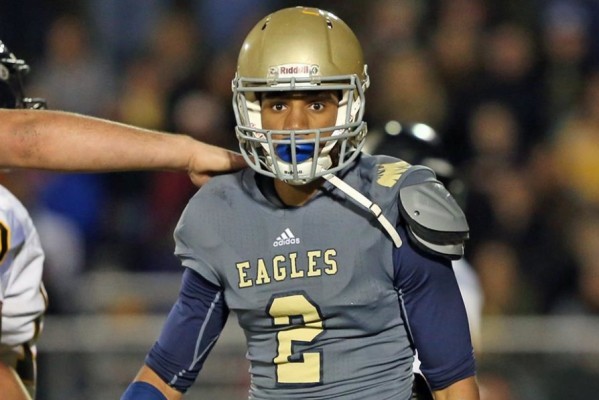 Prior to committing to Michigan, Johnson held offers from Northwestern, Vanderbilt, Miami (Fla.), Penn State and Tennessee. The Vols were said to be among Johnson’s favorites. Alcorn State, Furman, Army and Appalachian State also expressed interest in Johnson.

Johnson is the second wide receiver to commit to Michigan’s 2016 class. Brad Hawkins, a 4-star talent out of Camden, N.J., committed back in July. The 6’1,” 202-pounder is the No. 53-ranked wide receiver of 2016. With the addition of Johnson, the Wolverines now have a speedy playmaker–Johnson runs a 4.47-second 40-yard dash–and a bigger-bodied deep-ball threat to complement a talented stable of up-and-coming quarterbacks.