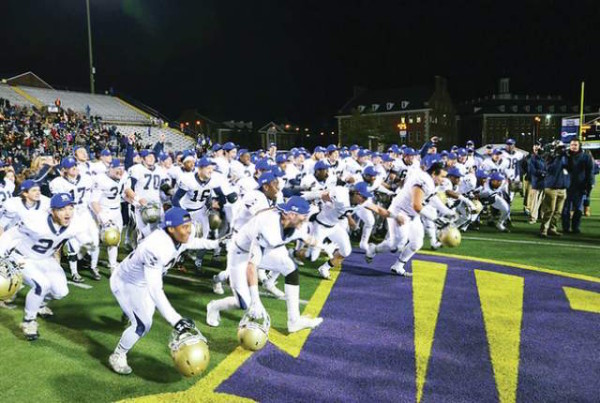 I remember the early spring day of 2004 when by fellow companion Greg Menza made a stop at Heritage Middle School as Scott Smith gathered with his prospective football players for Independence High School which opened its doors some five months later to their inaugural school year.

Smith came from Ezell-Harding Christian School in Nashville where from 1999-2003 had an outstanding record. On this day, it was his first meeting with prospective Eagles. Smith had a great vision of what was ahead and guided the school’s first team with seniors to a 7-3 record.

I recall chatting with Smith in the press box as we watched the annual middle school tripleheader bowl games that Independence would host on a Saturday. Smith noted the homes being built in the fast-booming area of Thompsons Station. In fact, you could actually see the construction from the press box. No doubt that with the right leadership, the future was bright.

Starting with the 2013 season, one time Spring Hill resident Scott Blade came from Oak Ridge to coach the Eagles. Blade put together a solid staff and a talented group of players and brought the Eagles to the next level, winning the 2015 TSSAA BlueCross Bowl Class 5-A State Championship last Friday night at Tucker Stadium on the Tennessee Tech campus in Cookeville.

The 49-14 triumph over Sevier County marked the 15th win of the season and enabled the Eagles to an undefeated season. Independence was the only state champ to be unbeaten this season.

“It’s a great senior group that has been working hard and working at the same thing for three years,” Eagles head coach Scott Blade told Daily Herald correspondent Scott Fields following the championship win. “Obviously it starts up front with the protection, but a quarterback like Andrew Bunch with his accuracy, his leadership, his understanding of the offense, and you couple that with a tough running back and four amazing receivers, it makes for a fun group to coach, and I’ll cherish this memory forever.”

But more important, the presentation of the “Gold Ball” loomed and the players were ready to rush ahead and receive it. While there was time for group pictures, there was the time for the seniors to be pictured together, too.

I was watching via television, but also having visions from the spring of 2004 and the early stages of the football program at Independence High School.